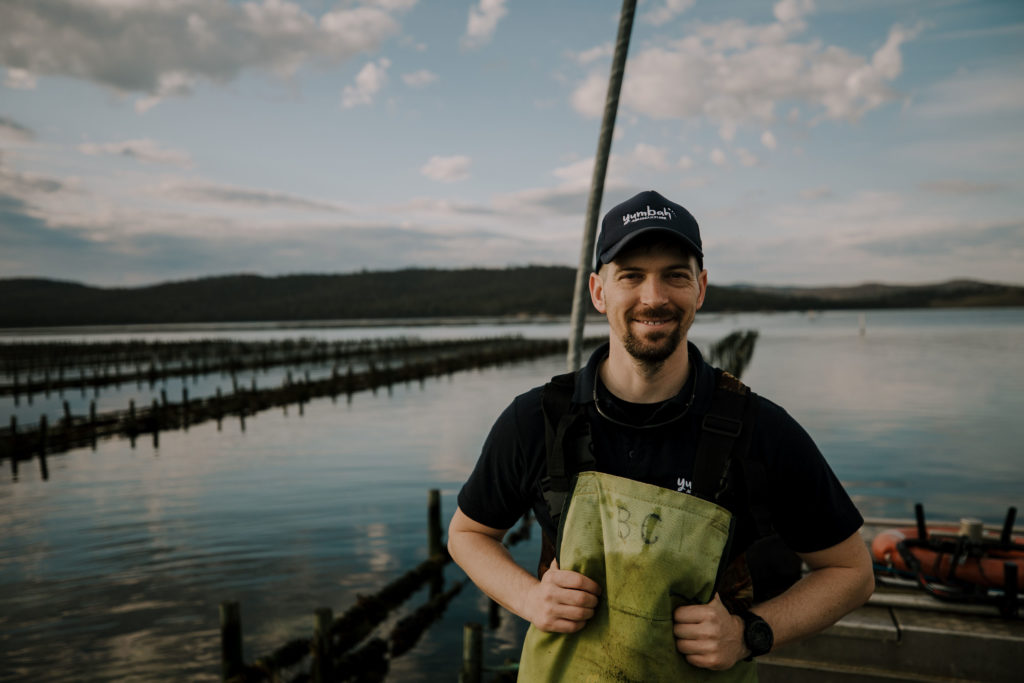 The Camerons have been in the oyster industry for over 30 years, having purchased their first lease at Dunalley, in the pristine water of Southern Tasmania, in 1971. Ben has been involved with the business since he was 5 years old, and after school, he would help out washing tanks and pipeworks at the hatchery until his dad finished the day. The Cameron’s team is now composed of Ben, his uncle, and his sister. Working closely with the family and making a positive difference by providing high-quality, clean ethical protein are the key drivers in Ben’s day-to-day. 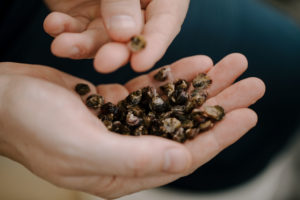 Ben says that what he loves the most about his job is seeing consumers enthusiastic about his produce: “When you go to an event, sit back and hear people talking about how good the oysters are, it’s like that little part of the last 3 years of your life was worth it. It’s very validating.”. To guarantee the highest quality, the Cameron Family became the first fully vertically-integrated oyster farm in Australia. This means they take care of the complete process, from hatching the baby larvae to harvesting the fully grown oysters. “It’s the desire to be something better that has taken us from where we started to where we are today.”, says Ben.

Oysters’ quality and clean oceans go hand in hand. The business’ sea-based leases are amongst the cleanest in Australia as the area is surrounded by native forests on one side, and pristine water direct from Antarctica on the other, meaning there are no pollution sources. Ben says how he often stops to admire the landscape and thinks how lucky he is to work in paradise. The most fascinating view has been when he was harvesting in the winter and the snow was settling onto the oyster posts that were just poking out of the ocean.