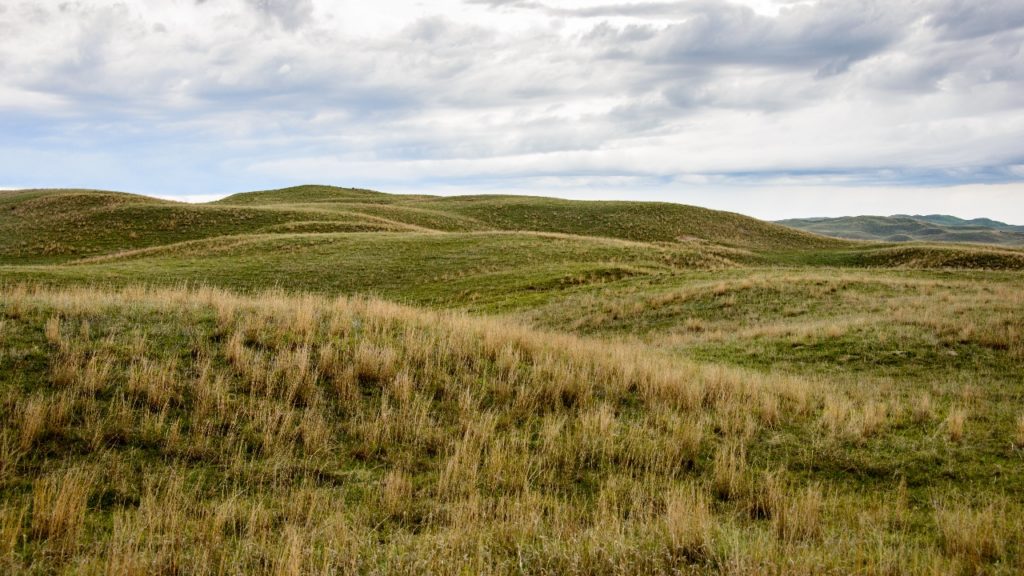 The Nebraskan Sandhills region are defined by gently rolling hills, which represent the largest area of stabilized grass-covered sand dunes in the Western Hemisphere, spread over 13 million acres. The Sandhills function as a giant sponge to support the US’s largest underground water supply, the Ogallala Aquifer, which runs under eight states across the mid-West. This makes the area particularly conducive to raising cattle with naturally-occuring forage and existing water supply. 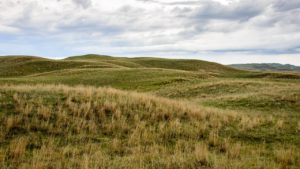 The winding waterways of this area also attract more than 300 species of resident and migratory birds, with the Sandhills Cranes being one of the most celebrated. Their annual migration from the Great Lakes region to Florida’s prairies and wetlands for winter creates an amazing spectacle for six weeks each year, as they gather and co-mingle in the Sandhills waterways with other crane species. The story of these cranes is a story of hope for birds in North America. Seventy-five years ago, Sandhill Cranes were declining across the country due to habitat loss and unregulated hunting. The actions of concerned citizens, wetland protection and international legislation has turned the tide. 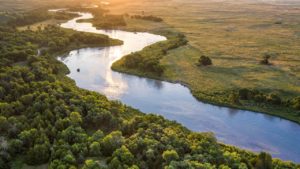 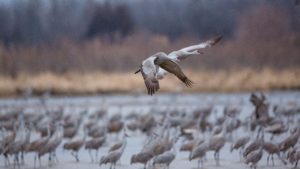 Also nearby is the Nebraska National Forest, the largest hand-planted forest in the US. Encompassing over 90,000 acres of very fragile terrain with high wind erosion potential, President Franklin Roosevelt in the 1930s revitalized both at-risk land and unemployed men when he organized the Civilian Conservation Corps to hand-plant trees across over 20,000 acres.