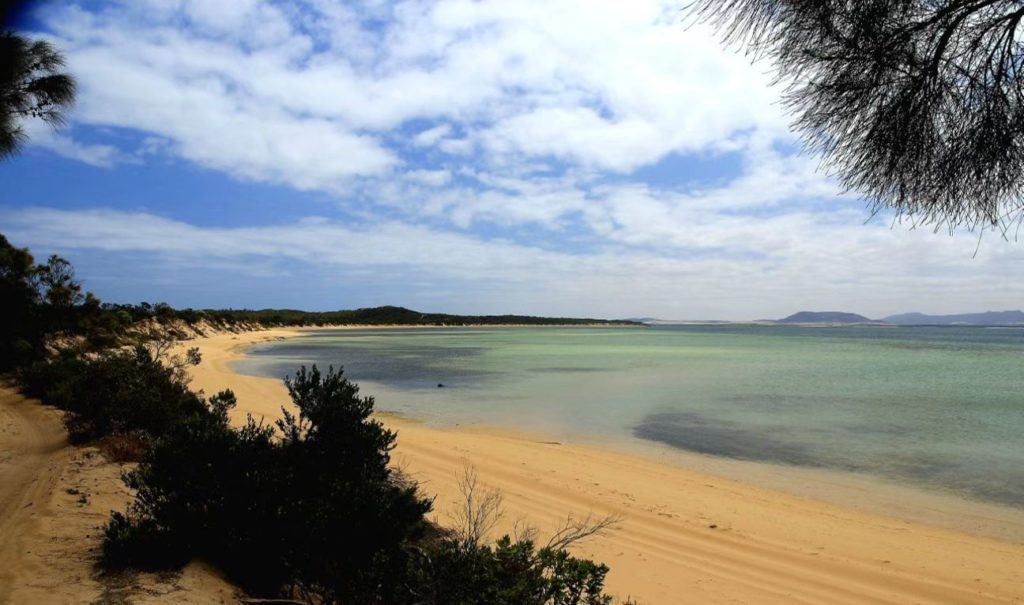 Located at the Southern tip of the Eyre Peninsula in South Australia, Coffin Bay is known for its calming and beautiful blue water, breathtaking limestone cliffs, sandy dunes and aquatic life.

Coffin Bay is considered to be Australia’s premium oyster growing destination, with the history of farming Pacific Oysters dating back to 1969. The pristine blue waters of Coffin Bay are fed by the cold upwellings from the Great Southern Ocean and are known for providing oysters with a pure breeding environment, evident in their impeccable taste and quality.

Coffin Bay is considered to be heaven on earth for anyone who loves being around the coast while exploring wildlife, untouched beaches and relishing delicious oysters. The key attraction is the Coffin Bay National Park which is situated roughly 50kms from Port Lincoln.

While the national park has various trails, the Templetonia Lookout offers a 360-degree view of the park, with a lucky sighting or two of Kangaroos and Emus.

The national park also has a dedicated 15km Oyster Walk to give its visitors a sense of history relating to oyster harvesting in the district.