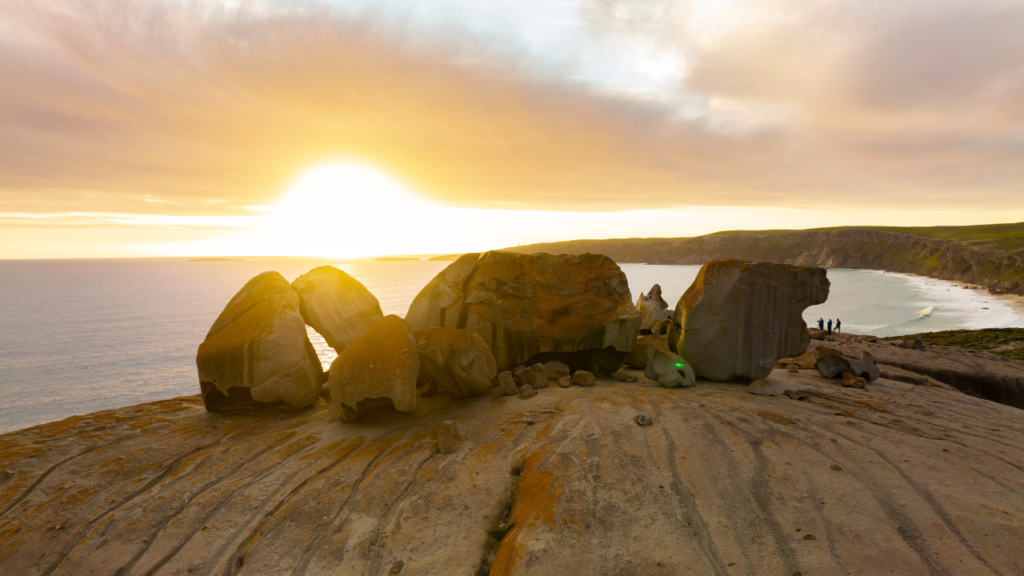 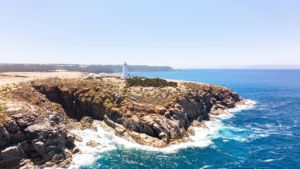 Kangaroo Island, “Karta Pintingga” in the language of the Kaurna people, the traditional owners of the land, is located 112 km southwest of Adelaide. Australia’s third-largest island, it has over 540 kilometres of spectacular rugged coastline, impeccably clear waters, and untouched landscapes. It is renowned for the ‘Remarkables’, the island’s signature landmarks located in its remote South. This stunning work of nature has been shaped by the erosive forces of wind, sea spray, and rain over 500 million years. Overlooking the great Southern Ocean towards Antarctica, Kangaroo Island’s south coast feels like the edge of the earth. 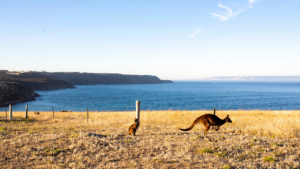 Thanks to its remote location, the island is surrounded by amazing nutrient-rich, pristine waters, making it one of Australia’s best fishing destinations, with a huge variety of seafood species in its numerous bays, coves, rivers, and beaches. Kangaroo Island is also known for its abundance of wildlife, with more than 1,500 different animals calling it home, including the iconic Kangaroo Island Western Grey kangaroos (commonly known as Sooty Kangaroos), the Little Penguins, the Australian fur seals and sea lions, and much more. 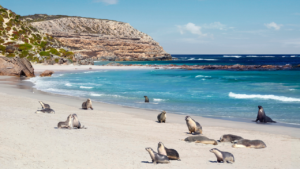 Over a quarter of the island consists of national parks, conservation parks, and wilderness protection areas to protect its natural vegetation and native animals. Thoughtful conservation of the island’s diverse ecosystems and its distinctive location make it a little slice of paradise for fresh, local, and seasonal produce.