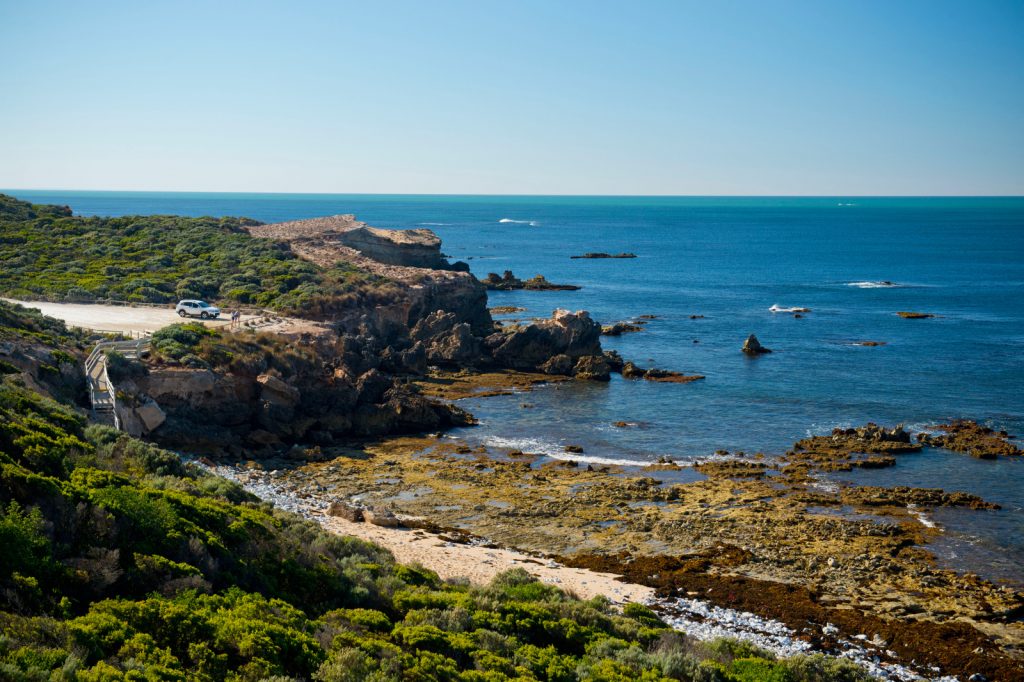 Water, conservation parks, wetlands, spectacular caves and rugged coastline are part of the natural wonders of the Limestone Coast…

….which stretches from the Coorong at the Murray River mouth, heads south towards the Southern Ocean Shipwreck Trail to Port MacDonnell, the Southern Rock Lobster capital of Australia and then east to the Glenelg river.

The region is defined by the limestone rock in the area, which helps the soil filter the plentiful access to water through both high rainfall and underground water to create a rich and productive environment for the South East of Southern Australia food bowl.  The limestone also creates some unique land anomalies, like the sinkholes.

With the pristine, Antarctic waters of the Southern Ocean on one side…

….and some of South Australia’s best farmland on the other, the region produces sensational foods – from seafood to succulent lamb, delicious beef, prized duck, indulgent dairy products – and award-winning wines.

There are also a host of boutique, innovative producers gaining widespread acclaim for foods as diverse as emu mettwurst and steaks, native preserves, and even pickled walnuts.

For more information and inspiration from South Australia: click here